Termites have unique responsibilities and classes

Which Species Of Termite Is In Los Angeles?

Although other species of termites might be found in Los Angeles, you’ll mostly have to worry about Subterranean termites.

It is a good idea to learn as much about termites as possible since you never know when they’ll target your home. Subterranean termites have worker termites, soldier termites, a queen, a king, and swarmers. The shape and appearance depend on the termite’s role. Workers tend to each 3/8s of an inch and soldiers may be the same size. Reproductives or swarmers can grow up to half an inch. The difference between soldiers and workers is that soldiers have powerful mandibles and noticeable longer heads.

These termites live in colonies underground, but they can also live in moist locations above the surface. They will build and use mud tubes to make it easier for them to access nearby food sources. In addition to this, the tubes can protect them from open air. Subterranean termites consume products that contain cellulose. They release swarmers in spring so they can spread the colony to new locations.

You have to stop a Subterranean termite infestation as quickly as possible because it is one of the most destructive species. They have powerful jaws so they can chew through wood. If you don’t address this issue quickly, they will severely damage your home and decrease its value.

Although flying ants resemble termites, they’re not equal. You’ll find that they were some unique differences between them.

Wings – Flying ants have front and back wings that are different sizes. However, they’re tougher and won’t break off easily. Flying termite wings are the same size, but they’re more fragile.

Waist – Flying ants have a pinched waist and flying termites do not.

The Dangers Of Termites

Ultimately, termites are not dangerous to humans. They’re not going to bite or transmit diseases. Still, they can create major issues and need to be stopped quickly. If you don’t get rid of the termites around your home, they’ll destroy your home and make it uninhabitable. Call an exterminator quickly so you can maintain the value of your home.

How Can I Remove Termites From My Property?

Once you’ve found termites on your property, getting rid of them is imperative. They can travel up to 300 feet away from their colony so they won’t be easy to remove from your property. Before you can get rid of them, you must locate their colony and that won’t be easy. The whole colony needs to be destroyed. Otherwise, the queen will continue reproducing and the colony will recover. Our company uses techniques to effectively get rid of termites in Los Angeles. We recommend calling us so we can help you deal with this issue.

Can I Eliminate Termites On My Own?

Unfortunately, getting rid of termites will be difficult so it may not be possible. Furthermore, you don’t want to accidentally expose yourself to dangerous chemicals. You need to protect your loved ones by hiring a professional exterminator. We can deal with termite pest problems without putting you at risk.

When Can Your Exterminators Arrive?

Contact our office to learn more about our services and to schedule an appointment with a skilled exterminator. Our exterminators are ready to begin helping you with this frustrating problem. We’ll respond to your call within 48 hours.

Is Termite Pesticides Harmful To Dogs And Cats?

We have a broad range of pesticides – organic, natural, chemical-based, and nontoxic – to eradicate termites in all phases of the life cycle. It is a fact that chemical-based pesticides pose a health risk to animals when administered, stored, handled, and transported improperly. EPA-approved pesticides have been tested time and time again to determine effectiveness, safety, and potency. The US Environmental Protection Agency (EPA) is dedicated to protecting the environment, humans, and animals from exposure to the dangerous chemicals found in pesticides. Our EPA-approved pest control products are only utilized in homes and businesses when unoccupied.

How To Prevent Future Termite Infestations After Initial Infiltration?

Residents of Los Angeles want the best for themselves and their loved ones. When something creates issues for them, they’ll want to remedy those issues as quickly as possible. Termites are a serious problem and Los Angeles residents are vulnerable to this problem. With that being said, you need to know how to deal with a termite problem before something bad happens. Here at A&M Pest Control, we have been dealing with termites for a long time. We know how to get rid of termites so you can maintain the integrity and value of your home.

Whether you’re dealing with a minor or severe infestation, you should contact A&M Pest Control. Our solutions will be sure to solve your problems.

When it comes to termites, waiting too long is a big problem. It is wise to prevent termites from entering your home in the first place. If you don’t, you’re going to experience a bigger problem and it’ll turn your life upside down. Once termites have entered your property, they’re going to start eating away at your home’s structure. If you wait too long, your home’s structure will be compromised and its value will drop significantly. We have perfected the art of eliminating termites and keeping them away.

Our prevention techniques have proven to be effective. We use methods to help prevent termites from targeting your home.

Los Angeles is home to many termite control companies. Still, we strive to be the best in the industry and we work hard daily to maintain that title. We are confident that we’re going to provide you with a better service and more satisfactory results than anyone else in the industry. We’ve been preventing and eliminating termite infestations for many years. We have worked diligently to perfect our techniques to guarantee that our clients receive satisfactory results after the first treatment.

We aim to provide clients with affordable, effective solutions that will keep everyone safe. If you are worried about termites ruining your dream home, you need to contact us. We can help you protect your home so you can sleep comfortably at night.

Why LA Residents Choose Us

A&M Pest Control offers the best termite preventing and exterminator services in Los Angeles. We work hard daily to ensure that our clients receive the best services from us. We offer numerous benefits that aren’t available with lower quality competitors.

If you have termites on your property, your home is suffering. It is time to act so you can prevent those termites from ruining your family’s home. The best way to solve this problem is by teaming up with a qualified pest control company. A&M Pest Control is the best in the industry. We offer cost-effective solutions that will drive the termites from your property and keep them away for many years to come. Call to learn more about prevention and elimination services. 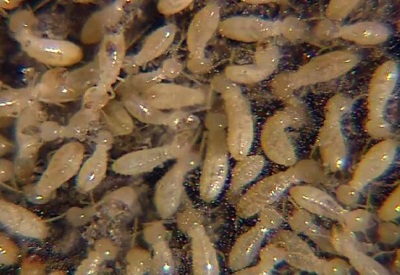